Share a memory
Obituary & Services
Tribute Wall
Read more about the life story of Eugene and share your memory.

Eugene George Krauklis of Elkhorn passed away Sunday, January 22, 2023 in hospice care at Vintage On the Ponds in Delavan, Wisconsin.  He was born on May 6, 1928 in Merrill, Wisconsin, to George and Leona (Altenberger) Krauklis.  His mother developed complications from childbirth and died following surgery weeks later, on May 31, having never left the hospital.  His father then married Elizabeth (Betty) Walter and the family settled first near Portage and then in 1938 moved to Walworth County, where they were engaged in farming in Lafayette and Spring Prairie Townships.

After attending Burlington and Elkhorn High Schools, Eugene enlisted in the U.S. Army Air Force in January of 1946 and served three years in the South Pacific with the 31st Weather Squadron on Kwajalein Atoll in the Marshall Islands.  Upon his discharge from the military, he returned to Elkhorn and married Janet Dowse on December 10, 1949 at the First Evangelical Lutheran Church there, with the Rev. Walter Diehl officiating.  Soon after, he began his forty-three year career as a metal finisher, first with the Frank Holton Band Instrument Company in Elkhorn, and later as owner-operator of Midwest Polishing & Buffing.  He spent the final seventeen years prior to his retirement in 1993 operating Gene’s Buffing Shop, where he specialized in metal antique refinishing.

Gene was a long-time fan of Wisconsin’s collegiate and professional sports teams and rarely missed a Packer, Brewer or Badger broadcast.  Through the years he also enjoyed bowling, fishing & hunting, pitching horseshoes, gardening and watching harness racing and horse pulling at the Walworth County Fair.  He especially loved playing the countless hours of Sheepshead, Cribbage and Euchre with his friends and family.  Another “hobby” saw him spend more than forty-five years harvesting fishing bait for area bait shops with his brother-in-law and best friend, Carl Dowse.  Together, they could be found many evenings and most summer and fall weekends “scooping bugs” or “picking sticks” in area ponds and marshes.

Eugene is survived by his wife of 73 years, Janet; sons James (Carol) and Gene (Linda) of Elkhorn and Jeff of Onalaska, Wisconsin; grandchildren Travis (Tara), Callie (Tony) Coello, Adam (Emily), Brandon (Jenny) and Christopher (fiancé Therese); fifteen great-grandchildren and numerous friends and extended family.  He was preceded in death by his parents, step-mother, great-grandson Jonah and many aunts, uncles and cousins.

A private graveside service with military honors will be held with burial at Hickory Grove Cemetery in Spring Prairie.  Online guest book at www.haaselockwoodfhs.com.  Haase-Lockwood & Associates Funeral Homes and Crematory completed arrangements for the Krauklis Family.  The family wishes to thank the staff at Vintage On the Ponds for their help and care of Eugene these past nine months.  Donations may be made in Gene’s name to Vintage On the Ponds or a charity of your choice. 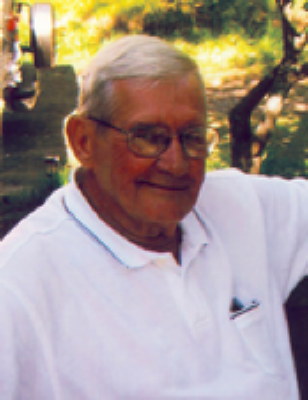 Family and friends are coming together online to create a special keepsake. Every memory left on the online obituary will be automatically included in the book.

Charity of your choice